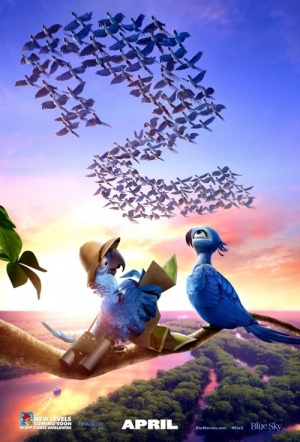 The voices behind Blue Sky Studio's original animated family adventure Rio return as Jewel (Anne Hathaway), Blu (Jesse Eisenberg) and their three kids are hurtled from their domesticated life to the wilds of the Amazon. As Blu tries to make the most of his new jungle surroundings, he goes beak-to-beak with the vengeful Nigel (Flight of the Conchords' Jemaine Clement) and his most fearsome adversary of all – his father-in-law.

This hyperactive toon extravaganza has color, flair and energy to burn.

It's hard to ascribe much art or wit to a franchise that retains the services of will.i.am as comic relief.

Amid all the excess busyness, there are formulas within formulas.

Elevates the 3D format to an alluring level.