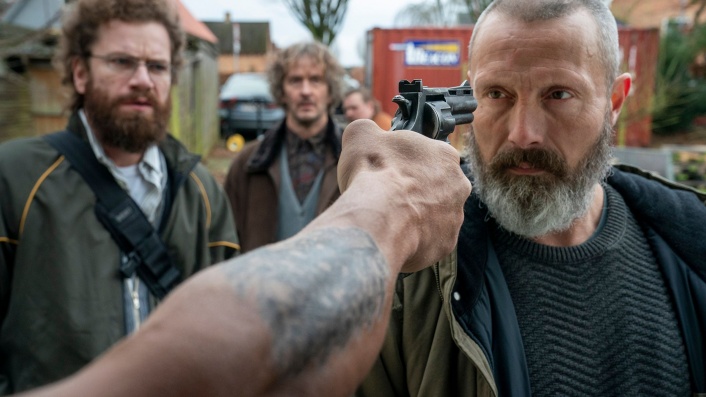 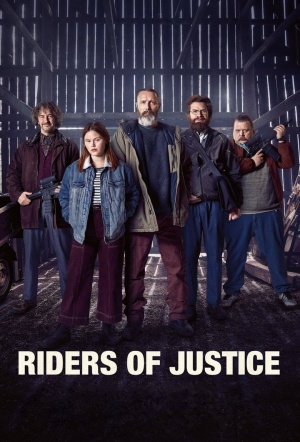 Mads Mikkelsen (Another Round) leads this darkly comic Danish revenge thriller as a military man forced to return home after his wife dies in a train accident. But when he discovers it may have been an orchestrated assassination, he and three of his cohorts hunt down those responsible.

(A) gold-hearted, yet gleefully bloody deconstruction of the revenge thriller...

A deliciously absurdist, fundamentally serious, even philosophical enterprise that uses a superheated revenge plot to address our common need for making sense out of life.

A pitch-black comedy about questions, coincidences and ideas that pile up faster than the body count.

(Riders of Justice) is underpinned by notions of probability and predictability but builds a story that delights in twists, turns and originality.

Anders Thomas Jensen’s film is far-fetched, tonally wayward and shouldn’t work at all, but somehow it all comes together.

A scattered but likable jumble, the film has a thoughtful manner more than it has actual thoughts, much like the trio of quasi-intellectuals joining forces with Markus.

When you're not gasping or laughing, it's only to wonder at the mind which pulled all of this together.