My expectations were far too high.

This film was ridiculous. Catherine 'Pine tree cam-pan' Harwicke has directed such rubbish here. There wasn't a scrape of authenticity to this movie. The american accents, the lack of appropriate winter attire, the modern hairstyles and the unrealistic behaviour of the characters... I could go on forever.It was like a half-baked cross between twilight and the village. Hardwicke chucks her actors head first into a terrible script which tries to paint everyone as the wolf by giving them lines that are completely out of character. But then, the characterisation is so bad that there's no point trying to get a handle on each plyer. The actors probably gave up on trying to do a good job as soon as they read the script. The celebration party scene is probably the worst with the main characters grinding up on each other on the d-floor in a way that looks like it came straight from a gossip girl episode.
It's a shame that this movie turned out so badly, because I think a really good story could have been made from the red riding hood tale. If not for the lazy-ass film-making, this might've been an exciting movie full of suspense, passion, intelligent plot twists and decent dialogue. And authenticity! 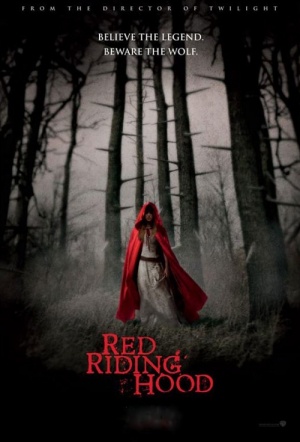