"Dignified Senility" at its best!

7 of us scored this movie. It is a charming and delightful comedy set in a home for retired musicians, who live in "dignified senility" and are trying to raise money by way of a concert so that the home can continue to operate. While the movie was actually directed by Dustin Hoffman, who is also Executive Producer, it is the sort of film that only the Brits could make. It has a stellar cast with some outstanding performances from the members of "The Quartet" and also Michael Gambon. Stay for the credits as you will see that most of the musicians in the film were musicians in real life rather than actors.
0 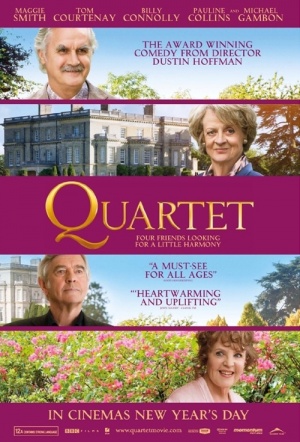