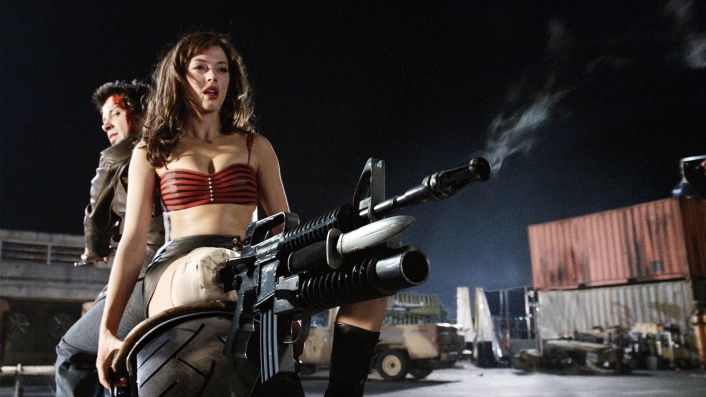 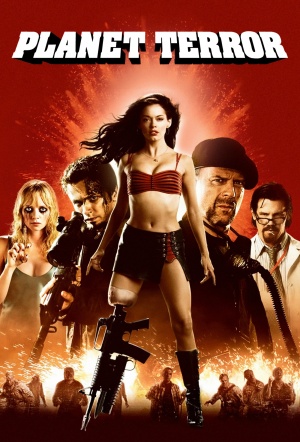 Robert Rodriguez's half of the 'Grindhouse' experiment is about an outfit of rebels attempting to survive an onslaught of zombie-like creatures as they feud with a military unit...

After an experimental bio-nerve gas is accidentally released at a remote U.S. military base in Texas, those exposed to the gas turn into flesh-eating, mutating zombies out to kill. An assortment of various people who include stripper Cherry (Rose McGowan), her shady mechanic ex-boyfriend Wray, a strong-willed doctor, the local sheriff, and an assortment of various people must join forces to survive the night as the so-called "sickos" threaten to take over the whole town and the world.