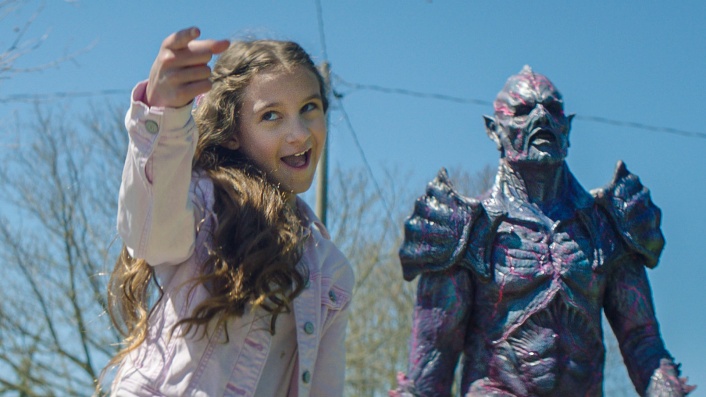 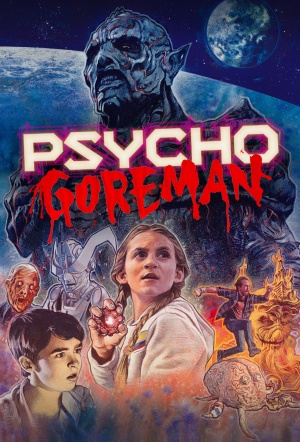 In this R-rated sci-fi horror-comedy directed by Steven Kostanski (The Void, Father's Day), Mimi and Luke are two siblings who bring a violent monster to life that's been entombed in their backyard.

In control of Psycho Goreman ("or PG for short") thanks to a magical amulet, the killing machine must obey their childish whims - but the malevolent creature's reappearance has drawn the attention of intergalactic fiends. Boasting names like Dark Scream, Hiss, Kortex and Death Trapper, they converge on suburban Earth to do battle for the fate of the galaxy.

This tongue-in-cheek gorefest gives the impression of an only semi-coherent joke on the audience.

Kostanski's latest does leave you hoping to see more of P.G. and his continued quest for domination of the cosmos.

A droll enough schlock-in-quote-marks diversion, and part of its appeal is just how damn cheap it is.

A necessary explosion of ridiculous fun in a time when it's needed most.

Isn't clever or lively enough to be more than fitfully fun...