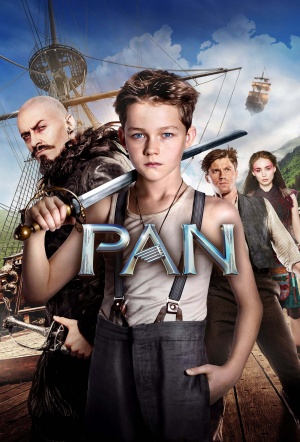 Stripping all whimsy and wonder from the Peter Pan story, Joe Wright's prequel is a busy, bungled bust.

The film's decision to strip J.M. Barrie's evergreen tale of its iconic elements is never vindicated by the alternatives offered.

Wright throws a lot of ideas at Pan, and not all of them stick, but it makes for a refreshingly imaginative experience, and one not afraid of inspiring a little fear in younger audiences alongside the scattergun wonder.

Pan simply turns into a 3D thrill ride, with a lot of falling through space and flying pirate ships lurching here and there, for no obvious reason.

The actors all try hard to keep the energy up but never get convincingly in synch...

To lazily but wholly appropriately use a very hoary old cliché, Pan is fun for the whole family.