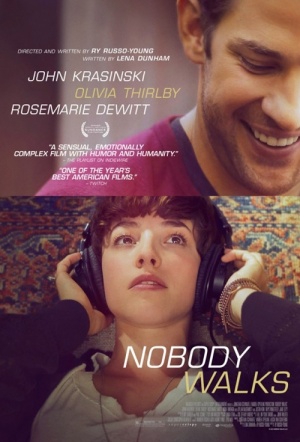 John Krasinski and Rosemarie DeWitt star as a married couple who take a young artist into their home in this Sundance-nominated drama co-written by Lena Dunham (TV's Girls). But with her arrival, conflicting desires begin to emerge...

Martine (Thirlby), a 23-year-old artist from New York, arrives in Los Angeles to stay in the pool house of a family living in the hip and hilly community of Silver Lake, California. Peter (Krasinski) has agreed to help Martine complete sound design on her art film as a favor to his wife. Her arrival sparks a surge of energy that awakens suppressed impulses in everyone and forces them to confront their own fears and desires.