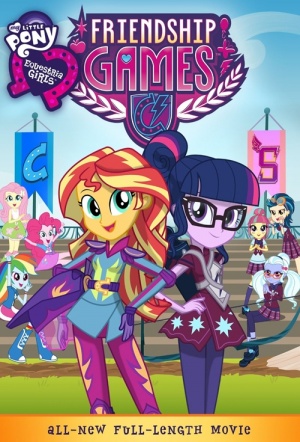 Third movie entry in the Equestria Girls series, a spin-off from the My Little Pony TV show. Like the first two, Friendship Games re-envisions the main characters of the series, normally ponies, as high-school humans. The story follows Canterlot High and rival school Crystal Prep Academy as they compete in a sports competition.