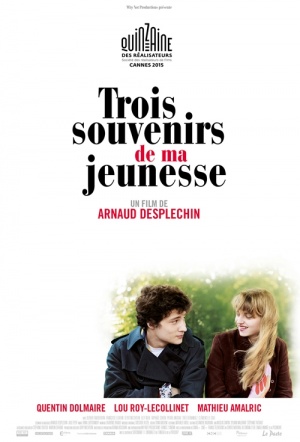 Arnaud Desplechin's coming-of-age prequel to his 1996 film My Sex Life... or How I Got into an Argument.

"After years spent working in Tajikstan, professor-anthropologist Paul Dedalus (Mathieu Amalric) is preparing to return to Paris, triggering a series of chapter-like memories, not all of which turn out to be quite as golden as the film's English title would suggest. It wouldn't be a Desplechin movie without its fair share of dangerously fractious family dynamics, and the very first flashback treats us the frightening specter of our hero's neurotic, overbearing mother, Jeanne (Cecile Garcia Fogel), whom we see 11-year-old Paul threatening to stab with a knife if she doesn't leave him alone. Not long after Paul impulsively moves in with his loving great-aunt (Francoise Lebrun), his mother kills herself, sending his father (Olivier Rabourdin) into a permanent depression and leaving him ill equipped to take care of Paul or his younger siblings." (Variety)

All the actors ― from Amalric, here in his sixth collaboration with Desplechin ― to the entire cast of youngsters, most with next to no film experience, inhabit their roles fully.