Ever since the Daphne Du Maurier novel appeared in 1951 debate has raged over the guilt or innocence of the titular heroine in the 19th century romantic thriller My Cousin Rachel (2017). This latest and deliciously filmed adaptation might have sided with modern-day feminism but instead leaves Rachel in the dock of history, forever to be interrogated for her intelligent femininity.

The basic plotline is well known. Young Phillip (Sam Claflin) is just shy of his 25th birthday when he learns that his beloved aging guardian uncle has suddenly married a younger woman called Rachel (Rachel Weisz). Instead of expressing marital bliss, his uncle’s letters soon accuse Rachel of foul play and plead for Phillip to visit quickly. On his arrival, Phillip learns of his uncle’s death and Rachel’s departure. As heir to the estate, he takes up the running of the farms and vows vengeance if she ever returns. In due course she does, but instead of rage Phillip is immediately and hopelessly infatuated with the beautifully beguiling Rachel. For him it’s love, but for her it’s more a dalliance between an older woman and a younger man. Omitted from his uncle’s will, she is a woman without means and rumours of excessive spending and clandestine meetings plant wild seeds of doubt in Phillip’s impressionable mind. Believing she will consent to marry, he instructs his lawyer to transfer the estate to Rachel and his emotional world spirals into chaos.

This film enthrals not just for its adaptation of a classic novel but more for its filming and acting. The Cornwall setting and estate are beautifully captured in sweeping panoramas, and the costumes and interior sets are what you expect from a top-shelf British production. But it is the Claflin-Weisz emotional dynamic that is the essence of this film. As soon as Phillip sets eyes on Rachel he is her captive and the tension between them is both taut and turbulent. His chiselled Welsh good looks and youthful exuberance convincingly express everything from rapture to pained doubt, while the self-possessed Rachel coolly flirts with him as a flattered woman or a conniving trickster might do. The exquisite tease of this film is that we, the audience, are left together with Phillip, not knowing if Rachel is an evil or honest woman. Whether or not you have read the novel, this superbly produced Gothic tale is one the best period dramas of the year. 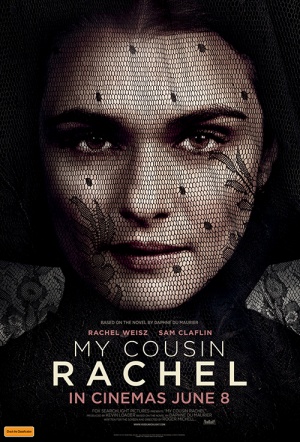