Murder of a Cat 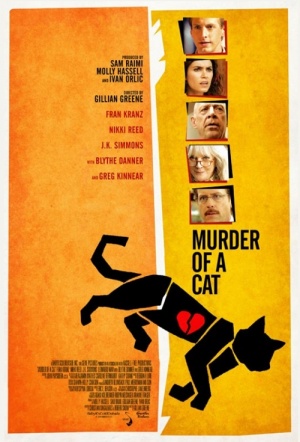 Comedy detective tale about a man child (Fran Kranz) who demands justice after the murder of his beloved cat. The feature debut from Gillian Greene, married to Sam Raimi (who serves as producer here), from a Black List script. Co-stars J.K. Simmons and Blythe Danner.

"Taking it upon himself to solve the case, he teams up with an unlikely ally, Greta (Nikki Reed), and the two set out to find the culprit lurking in their small suburban town. But as Clinton searches for the truth, he begins to uncover a conspiracy that goes far deeper than he anticipated." (Tribeca Film Festival)

Murder of a Cat / Reviews

This eccentric misfire's idea of comedy is an overbearing man-child who takes his cat's death a little too seriously.

The sort of would-be satirical comedy that substitutes forced quirkiness for humor to relentlessly grating effect.