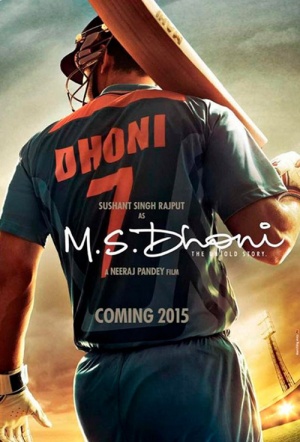 Bollywood biopic on World Cup-winning captain of the Indian cricket team, M.S. Dhoni (played by Sushant Singh Rajput). One of the greatest finishers in limited-overs cricket, and overtaker of Ricky Ponting in most appearances as a national side's captain, Dhoni's reach extended beyond breaking records, included in Time magazine's 2011 list as one of the "Most Influential People in the World".