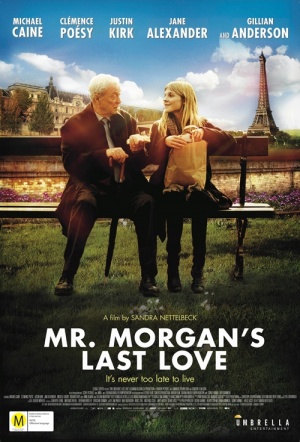 Feel-good adaptation of French novel La Douceur Assassine that tells the story of an unlikely friendship between an American widower living in Paris (Michael Caine) and a young French dance instructor (In Bruges's Clémence Poésy).

When the wife of Princeton philosophy professor Matthew Morgan (Caine) passes away, he retires to Paris and contemplates suicide. There he meets the disarming Pauline (Poésy) on a bus, whose sunny disposition slowly transforms his dark outlook on life. After he is hospitalised, Matthew also seeks to reconnect with estranged son and daughter, played by Justin Kirk (Weeds) and Gillian Anderson (The X-Files), and put the demons of his past to rest.

Early on in director Sandra Nettelbeck’s drama, a knock at the door prevents Michael Caine’s suicide. It’s a pretty good gauge of a film’s tedium level when you’re cursing the interruption to the lead character’s demise. The cast deliver committed performances but, in a movie delivered at a snail’s pace, there’s way too much time to notice the devil in the details.

Sticks to a flaccid middle ground lacking any real drama or pathos.

Though there are some small, beautiful moments in Nettelbeck’s drama, Last Love as a whole feels like it’s been dosed with Xanax.

Hardly presents itself as a challenging picture, tugging as it does at the heartstrings with gentle persistence, but at its best moments, it is a sweetly considered one.

The main problem is a structural one, as it is really two films in one.