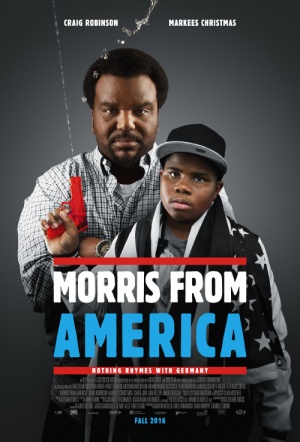 A father (Craig Robinson, This is the End) relocates his hip-hop-loving son, Morris, to Germany in this comedic Sundance-winning coming-of-age tale.

"Revolves around a 13-year-old African-American boy named Morris and the relationship he has with his father, Curtis, during the transitional period of adolescence. Complicating matters, they are new residents of Heidelberg, Germany - a city of rich history but little diversity. Morris falls in love with a local German girl named Katrin, and his tumultuous connection with her takes him on a journey that ends in self-discovery and a new dynamic to his relationship with Curtis." (Sundance Film Festival)

This coming-of-age dramedy explores how the challenges of being young, black and misunderstood can be compounded in a foreign environment, but goes about it in a grounded, character-driven way that never smacks of manipulation or special pleading.

Ultimately, it’s a sweet movie with some good laughs and a phenomenal rap soundtrack, but it fails to rise above the pack.

Mostly lighthearted and, especially in its closing reels, rather clichéd, the character-driven film nonetheless manages to gently resist the temptation to turn into a full-throttle and heart-warming crowdpleaser.