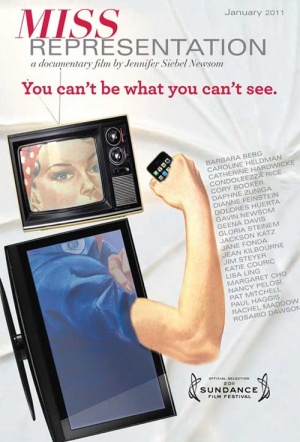 Doco on the under-representation of women in the media.

"Wanting a better world for her baby daughter, filmmaker and actress Jennifer Siebel Newsom embarks on an unashamedly personal journey to figure out just why women are so under-represented in the media and what can be done to change this. Through interviews with leading figures in Hollywood, politics and academia, Siebel Newsom looks at why women so often end up being portrayed as little more than ‘body props’. Some of America’s most influential women, such as Katie Couric, Condoleezza Rice and Rachel Maddow, share their experiences, with tales of short skirts, hate mail and being the only female in the room. When complex female representation in mainstream media is becoming increasingly rare, it’s refreshing to hear a group of smart women and men not only decrying the current situation, but making plans for a better future." (Source: NZ International Film Festival 2011)