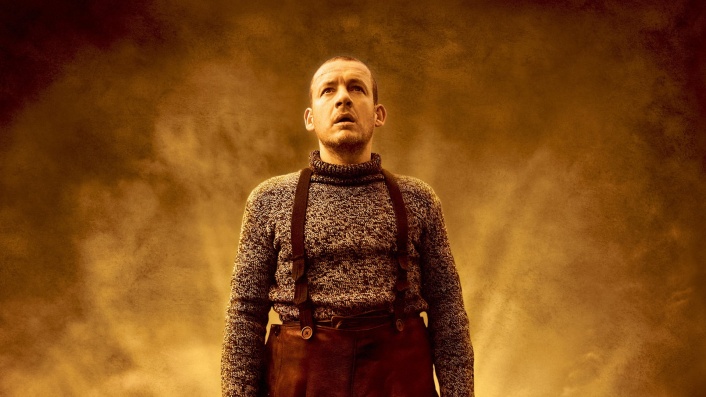 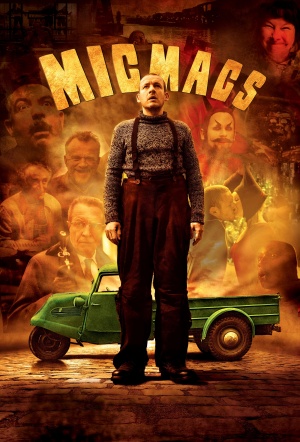 The new comedy from Jean-Pierre Jeunet, the director of Amelie, following the sad exploits of Bazil (Danny Boon).

Bazil, an orphan whose father was killed by a landmine, is shot in the head while working near a street shootout. He survives, but doctors decide to leave the bullet inside his head. Out of hospital, with his house and job gone, he wanders the streets until he meets Slammer (Jean-Pierre Marielle). Bazil is introduced to a bunch of misfits living in a salvage yard. Each one possesses a special talent: Mama Chow (Yolande Moreau) is the cook; Elastic Girl (Julie Ferrier) contorts herself into the tightest confines; Calculator (Marie-Julie Baup) measures anything by glancing at it, Remington (Omar Sy) is the typist, Buster (Dominique Pinon) is a record breaker, Tiny Pete (Michel Cremades) can make machines.

When Bazil identifies the manufacturers of the bullet inside his head and the landmine that killed his father, he recruits his new friends to carry out his revenge. Each's talent is utilised as they scheme and act out an ingenious campaign against the two heads of the companies.

Turning the volume of his slapstick surreality down from 11 to 10, Gallic auteur Jean-Pierre Jeunet ("Amelie") hits the sweet spot with Micmacs.

A Jeunet film is always a joy to behold.

Fresh yet familiar, with such elaborate stylisation you’ll need the DVD to take it in, Micmacs finds Jeunet back in his wheelhouse. It won’t win new fans, maybe, but converts will love every frame.

There is no question that the heart of Micmacs is in the right place, but the movie is also a little thin

I look at a film like this and must respect it for its ingenuity and love of detail. Then I remember “Amelie” and its heroine played by Audrey Tautou, and I understand what’s wrong: There’s nobody in the story who much makes us care.

Micmacs is ultimately shaped by Jeunet's unique creative vision -- a fun house of mirrors that is lovely to get lost in.

Another beguiling if draining fantasia from Jean-Pierre Jeuet that harkens back to silent movies.

Jeunet himself describes the film best: Delicatessen meets Amélie. But we’d add that, while it’s certainly breezy fun, it’s not quite as good as either.

Bazil (Dany Boon) has always been something of an outsider.