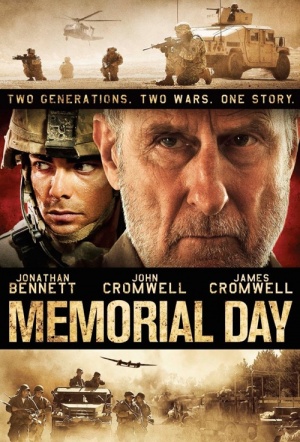 American war drama about a modern day U.S. soldier's experiences in Iraq, running in tandem with the WWII stories his grandfather told him. Stars James Cromwell.

Kyle Vogel (Jonathan Bennett) lies wounded in a hospital near Anbar Province, Iraq. The night before he’s due to return to combat, his doctor presses him on why he’s so obsessed with collecting battle souvenirs. Kyle tells her what happened on Memorial Day, 1993, when, as a 13-year old boy, he discovered his Grandpa Bud’s WWII footlocker. Bud’s war stories from Europe parallel Kyle’s experiences in Iraq, showing the loss and moral dilemmas that unite all soldiers across wars and generations.