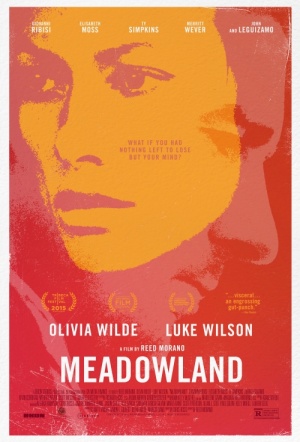 In the hazy aftermath of an unimaginable loss, married couple Sarah (Wilde) and Phil (Wilson) come unhinged, recklessly ignoring the repercussions. Phil, a New York City cop, starts to lose sight of his morals as Sarah puts herself in increasingly dangerous situations, falling deeper into her own fever dream. This is the directorial debut of Reed Morano, best known as the cinematographer behind hidden gems The Skeleton Twins, Autumn Blood, The Inevitable Defeat of Mister & Pete and Kill Your Darlings.

What Meadowland refuses to do, to its great credit, is conform to expectations.

It is tightly in sync with protagonists who find it impossible to move on despite distractions that might be catalytic in other films.