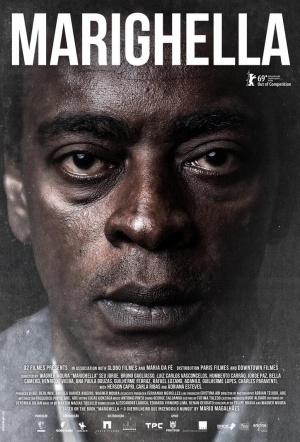 "In 1960s Brazil, ruled by a violent military dictatorship, Marighella leads a small group of guerillas in an armed struggle against the regime. Relentlessly pursued as the government's number one enemy, Marighella cleverly evades capture, all the while continuing to inflict damage and further enraging his pursuers." (Sydney Film Festival)

"Marighella" isn't interested in weighing ethics, preferring a testosterone-charged portrait of armed insurrection as a glorious pathway to martyrdom.

Marighella is an urgent film in its commitment and cinematic intensity, and it could hardly be more timely.

Once you accept its binary us-and-them worldview, Marighella works fine as an exciting and highly assured debut, with a terrific ensemble cast at its heart.