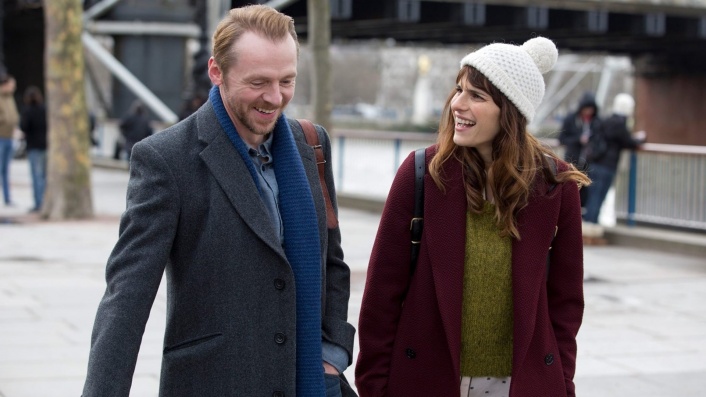 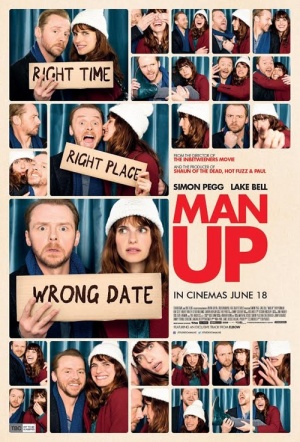 Simon Pegg (Shaun of the Dead) and Lake Bell (In a World…) star in this London-set rom-com from the director of The Inbetweeners Movie, following a woman who is mistaken for a blind date which accidentally leads to her finding the perfect boyfriend. More

"Perpetually single Nancy (Bell) has given up on ever finding Mr. Right. When a mix-up involving a fad self-help book leads to Jack (Pegg) - a charming stranger - falsely identifying her as his blind date, Nancy lets her guard down to see where this unexpected opportunity takes her. At first Jack seems like he might be The One, but soon both parties realise there might be more to the other than they first let on." (Tribeca Film Festival)

We've all come across good-enough films before. Not bad per se, not memorable either, but if caught in the right middling mood – or on a plane – good enough. Ben (The Inbetweeners Movie) Palmer's London-set rom-com pairs American indie queen Lake Bell with British nerd king Simon Pegg and is, for the most part, good enough. Funny, if not especially romantic, it's steeped in cynicism so deep even a climactic flash mob can't sweeten things. Ironically, Nick Frost's overlooked Cuban Fury worked much more deftly at getting this balance right.

Not up there with key US influences Annie Hall, When Harry Met Sally and Jerry Maguire, but a romcom Brits can be proud of. Make a date of it.

Lake Bell is so goofy and likeable, I found myself willing the film to keep up with her.

It gets progressively soapier and clumsier as it nears its destination, but along the way Tess Morris's script maps out a modern dating landscape strewn with anxiety, deceit, emotional baggage and drunken meltdowns ...

Isn't perfect, but that's a minor detail when you're dealing with major talent. It could be love, actually.

A satisfying rom-com that's significantly more likable than its title.

If it could decide whether it was a cute romcom or a dirty one, Man Up would be a real gem, but as charming as it is, it falls between two stools and never manages to, ahem, Man Up. A Chat With Simon & Lake