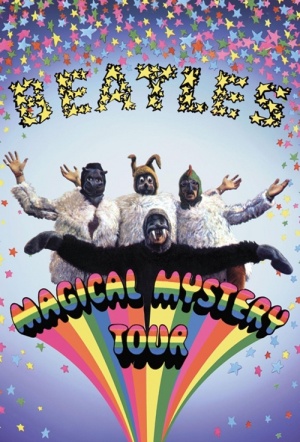 The Beatles' TV movie made on the upward curve of their LSD days, full to the brim with psychedelic weirdness and wackiness. Songs include Magical Mystery Tour, The Fool on the Hill, I Am the Walrus and Hello, Goodbye. Said John Lennon: "If stage shows were to be out, we wanted something to replace them. Television was the obvious answer."

It follows the band travelling the English countryside. During the musical tour, "strange things begin to happen" at the whim of "four of five magicians" played by the Beatles (who perform in multiple roles).