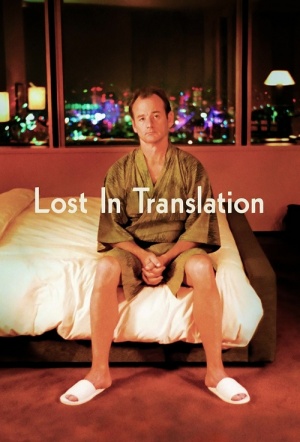 Before Scarlett Johannsson became a pouty A-lister peddling perfume she was the perfect wide-eyed ingénue, stuck in Tokyo with no one to talk to except Bill Murray in this classic, deadpan Sofia Coppola comedy. Murray plays a washed up actor in a similarly sad rut. Their unlikely friendship could have turned creepy in the wrong hands but Coppola beautifully honed in on the irony of loneliness in the city, of finding salvation with a stranger, no matter their life story.

Very much a mood piece, the film's deft balance of humor and poignancy makes it both a pleasurable and melancholy experience.

An engaging examination of angst and desire, hampered by a reliance on racial stereotypes. Walks a line between vacuous and profound.

One of the purest and simplest examples ever of a director falling in love with her star's gifts.

Bill Murray is one of the greatest, least ingratiating comic actors at work today.

Sweet and sad at the same time it is sardonic and funny.

In only her second feature, Coppola has made a poised, intelligent film that nicely balances laughs with a poignancy rarely seen in American movies.

Switching effortlessly between laugh-out-loud comedy and tender romance- a triumph for all involved, both in front of and behind the camera.

There's not a word or a wistful glance out of place.