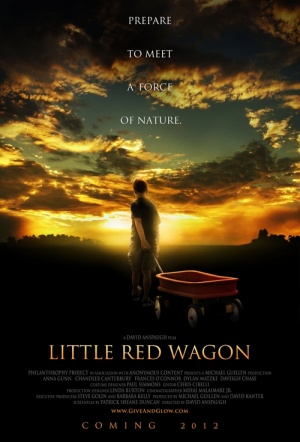 Drama based on the true story of eight-year-old Zach Bonner who - after witnessing the devastation of Hurricane Charley on the residents of Tampa, Florida in 2004 - solicited donations for families left homeless. Each donation spurred Zach's passion for civic duty and his charitable work eventually grew to the non-profit Little Red Wagon Foundation - named after the classic wagon Zach used to collect donations. Stars Breaking Bad's Anna Gunn as Zach's mum.

The filmmakers never sentimentalize their story and the performances are first-rate. What could be cloying is played out honestly... and not just its good intentions.