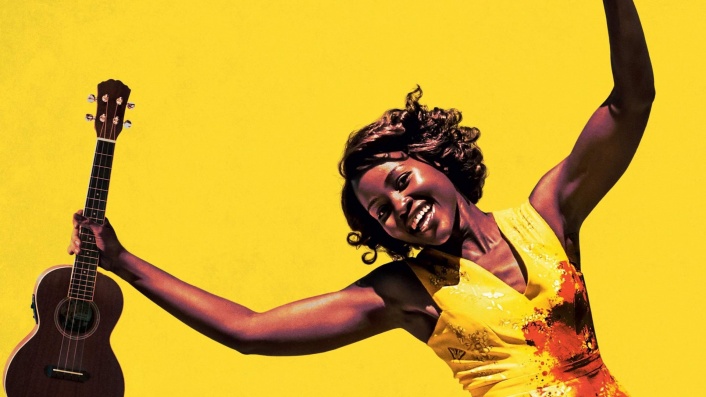 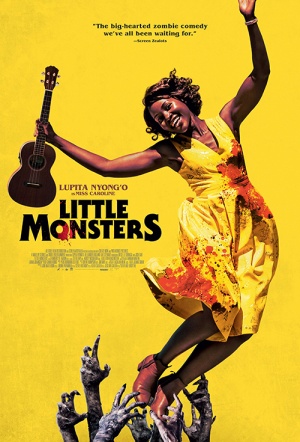 Kids are taught how to handle themselves in a zombie outbreak in this horror comedy featuring Lupita Nyong'o, Josh Gad and Alexander England.

"After a rough breakup, directionless Dave (England) crashes at his sister’s place and spends his days expanding his young nephew’s questionable vocabulary. When an opportunity arises to chaperone an upcoming school excursion alongside the charming and enigmatic teacher, Miss Caroline (Nyong’o), Dave jumps at the chance to impress her. What he wasn’t anticipating was Teddy McGiggle (Gad), an obnoxious children’s television personality who shapes the excursion’s activities. What he was expecting even less was a zombie invasion, which unfolds after an experiment at a nearby military base goes awry. Armed only with the resourcefulness of kindergartners, Dave, Miss Caroline, and Teddy must work together to keep the monsters at bay and carve a way out with their guts intact." (Sundance Film Festival)

Little Monsters is a great premise bolstered by a wonderful performance from Lupita Nyong’o, somewhat stymied by a singularly unpleasant lead character, but loaded up with charm, humour and tolerable children.

It must be admitted that while Forsythe slathers on the gore as required, his zombies are not scary; perhaps zombies never will be again. But that doesn’t stop the oddly moving, rather desolate ending from hitting home.

Cinematically speaking, zombies have been done to death, but in this new comedy from Australian writer-director Abe Forsythe the gag is precisely how far the trope can be taken for granted.

Nyong'o invests her teacher with such ferocious love, it's like she feared the Academy might see the film and retroactively revoke her statuette.

Nyong'o invests her teacher with such ferocious love, it's like she feared the Academy might see the film and retroactively revoke her statuette.

Little Monsters irreverently builds enough good will and comic energy in the early-going to carry it to its conclusion, so it's bound to gather a cult of some dimension.

Doesn't exactly reanimate the popular subgenre in novel ways, but there's enough humorous gags, suspenseful scares, fleshy gore, and quite surprisingly, a dash of heartfelt sentiment, to make for an amusing thrill-ride.