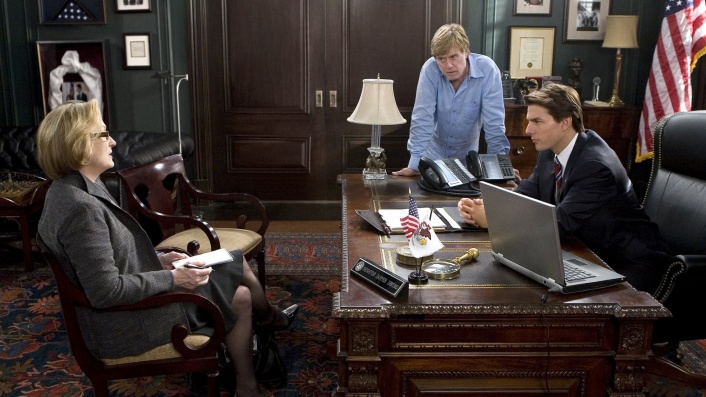 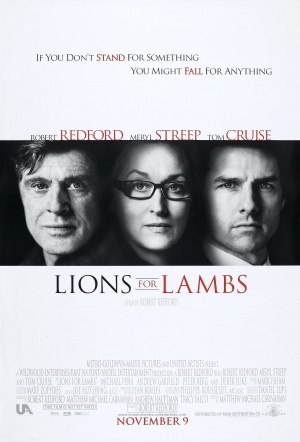 Two determined students (including the awesome Michael Pe?a from Crash) follow the inspiration of their idealistic professor, Dr. Malley (Redford), and attempt to do something important with their lives. But when they make the decision to join the battle in Afghanistan, Malley is both moved and distraught. Now, as the two students fight for survival in the field, they become the string that binds together two disparate stories on opposite sides of America.

In California, an anguished Dr. Malley attempts to reach a privileged but disaffected student (Andrew Garfield). Meanwhile, in Washington D.C. the charismatic Presidential hopeful, Senator Jasper Irving (Tom Cruise), is about to give a bombshell story to a probing TV journalist (Meryl Streep) that may affect Arian and Ernest's fates.
2007USA
Drama

Robert Redford's first helming chore in seven years, and his most directly political pic yet, amounts to a giant cry of "Americans, get engaged!" wrapped in a star-heavy discourse that uses a lot of words to say nothing new.

It winces with liberal self-chastisement: Redford is surely smart enough to realize, as the professor turns his ire on those who merely chatter while Rome burns, that his movie is itself no better, or more morally effective, than high-concept Hollywood fiddling.

Politicians, the media, educators, military commanders and a docile public all come under fire in a well-made movie that offers no answers but raises many important questions.

There's no questioning the acting cred here, while Tom Cruise was a little scary, and not in a good way, it was he and Meryl Streep's senator versus journalist sparring which was the highlight for me, Streep is outstanding...

This three-way, interconnected movie is strangely inert. Before long, we feel like siding with the disaffected student and not bothering to turn up to class...