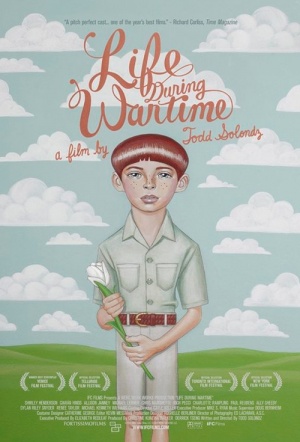 The latest twisted comedy-drama from the brilliant Todd Solondz. A part sequel, part-variation on his 1998 film Happiness.

Ten years have passed since shocking revelations shattered the world of the Jordan family, and now sisters Joy (Shirley Henderson), Trish (Allison Janney), and Helen (Ally Sheedy), each embroiled in their own unique dilemmas, struggle to find their place in an unpredictable and volatile world. The past now haunts their family both literally and otherwise...