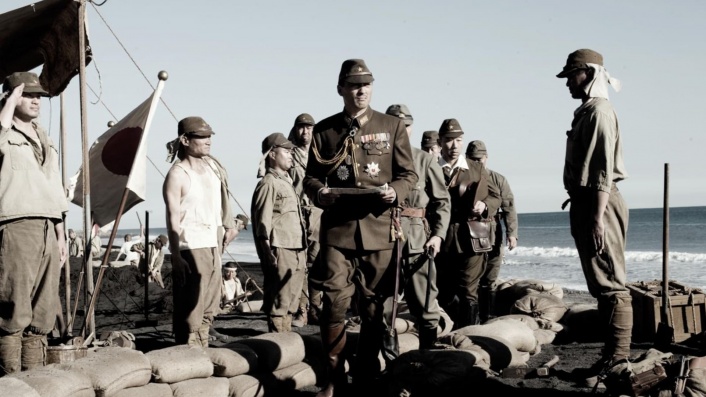 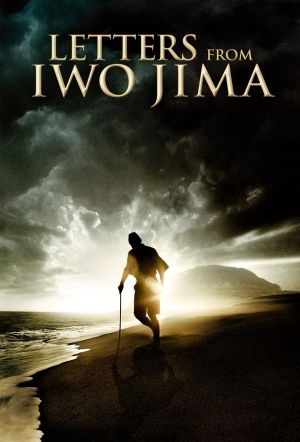 The island of Iwo Jima is where American troops landed, to be used as a stepping stone to the Japanese mainland. Iwo Jima therefore became a pivotal strategic possession. General Kuribayashi (Watanabe) and his soldiers were sent there to prepare for the imminent assault. The General ignores his commander's traditional strategies – much to their fury – and orders the construction of miles of tunnels and caves from which his 20,000 men can most advantageously battle the arriving Americans. Like ‘Flags’, ‘Letters’ also follows the plight of ordinary soldiers.
Best Foreign Language Film, Golden Globes 2007.
2006142 minsUSAJapanese with English subtitles
True Story & BiographyWar

Taken together, "Flags" and "Letters" represent a genuinely imposing achievement, one that looks at war unflinchingly -- that does not deny its necessity but above all laments the human loss it entails...

A few scenes serve as hinges joining this movie to "Flags of Our Fathers." While Letters From Iwo Jima seems to me the more accomplished of the two films -- by which I mean that it strikes me as close to perfect -- the two enrich each other, and together achieve an extraordinary completeness...

Now Eastwood turns on a dime and tackles not just his first war movie but two war movies of considerable scope and complexity. If he doesn't nail everything perfectly, he nevertheless has created a vivid memorial to the courage on both sides of this battle and created an awareness in the public consciousness at a most opportune moment about how war feels to those lost in its fog...

Far superior to its companion piece, "Flags of Our Fathers," released earlier this year, "Letters" is a grim and humane film that has to be counted among the director's better efforts...

Letters from Iwo Jima isn't just the film that Eastwood wanted to make, but one that the film's producer Steven Spielberg had tried to make twice with "Empire of the Sun" and "Saving Private Ryan"...