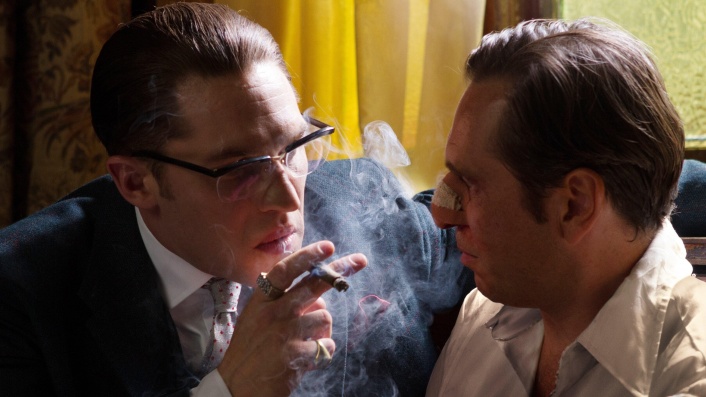 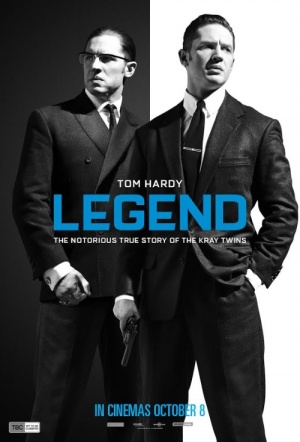 The Kray twins, and their gang 'The Firm', were East London's most feared and infamous organised crime figures. Mixing in with a world of glamour (their nightclubs entertained Frank Sinatra and Judy Garland amongst others), they became celebrities themselves - all while running a syndicate of armed robberies, protection rackets and murder.

More curious footnote than gangster classic, Brian Helgeland’s Legend is a shapeless, tonally confused mélange that lives and dies on Tom Hardy’s socko dual turn as Ronald and Reginald Kray, a pair of identical twin brothers who terrorised London in the ‘50s and ‘60s. Peter Medak’s 1990 film The Krays previously took a chilling stab at their story, but Helgeland’s take is altogether sleeker, flashier and more glamorised, tapping into the mythic celebrity image they created for themselves and pandering to a certain peculiar nostalgia.

Offers little insight into what made either of these contrasting psychopaths tick, or finally explode.

It’s flawed, yes, but it’s also swaggeringly cinematic. And it has Tom Hardy vs Tom Hardy.

Much more than a gimmick, it’s like watching one side of a mind wrestle with the other – literally, in one explosive, fun-to-unpick fight scene.

Screenwriter-turned-director Helgeland has a light touch, leavening the ultra-violence – and there are gory scenes – with a flair for absurdity.

A disappointingly shallow take on a fascinating period of time and leaves us sorely uninformed, as if we’ve skim-read a pamphlet.

Hardy is astonishing and magnetic in two truly towering performances. Legend (2015) is available to stream in Australia now on Stan and Google Play and Prime Video and Apple TV and BritBox Australia.