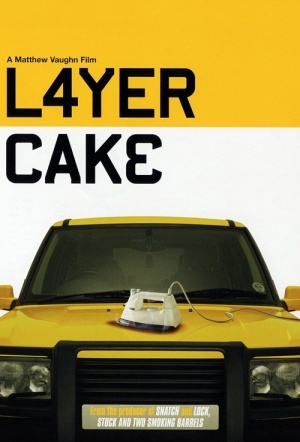 XXXX (Craig) is a nameless cog in the cocaine dealing machine, who acts as a go-between for the wholesalers and the street dealers. After years of conducting his business carefully and cautiously, he's decided to cut his losses and get out. But, his boss Jimmy Price (Kenneth Cranham) has one more job for him: first, he must find the junkie daughter of mob boss Eddie Temple (Michael Gambon) who has run away from home, and secondly he must track down a stolen shipment of Ectasy pills. After a number of double crosses and botched jobs, who is on his side and who is the enemy becomes blurred. Things become even stickier when XXXX falls for the girlfriend of a rival, played by Sienna Miller (Factory Girl).

...an impressive and worthy addition to the genre.

The newest in British gangland entertainment and the tastiest in years.

A real surprise that stands head and shoulders above most other British films you'll see this year.