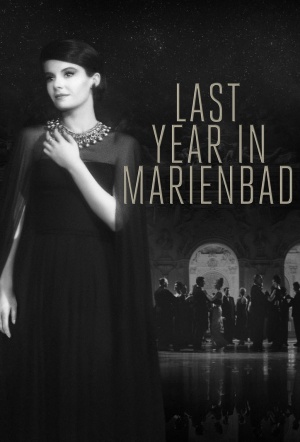 In this French drama that won the top award at Venice, a man tries to persuade a woman that they have met before - last year at Marienbad.

"In a Bohemian castle converted into a hotel, an atmosphere of silence reigns. The guests are there to rest and apart from a few murmured words, all noise is forbidden. When one resident becomes infatuated with a young woman, he tries to persuade her that they had an affair the year before in Marienbad." (Venice Film Festival)