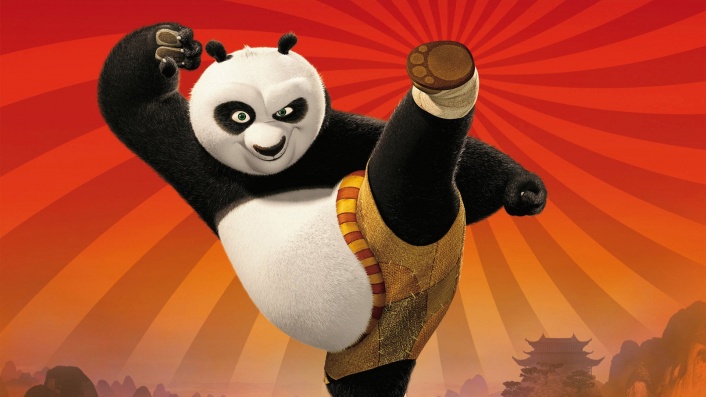 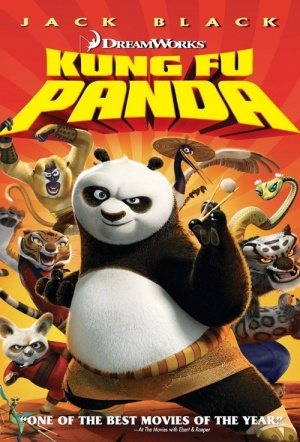 The ancient-China-set story follows lazy, clumsy panda, Po (Jack Black) who dreams of Kung Fu stardom while working away at his dad’s noodle joint. His fantasy becomes reality when, at a ceremony where Master Oogway (Randall Duk Kim) is to choose the next Kung Fu master, Po is accidentally selected (though as Oogway explains – “there are no accidents”). Despite objections from teacher Shifu (Dustin Hoffman), Po fumbles his way through training alongside his heroes the Furious Five - Tigress, Crane, Mantis, Viper and Monkey. They are preparing for the return of the vengeful and treacherous snow leopard Tai Lung (Ian McShane) who is headed their way.

Guaranteed household hit right here. The kids will leave the cinema kung-fu chopping the air and pleading for a pet panda. Kung Fu Panda is affable, humorous, visually gorgeous and will charm the pants off many… despite relying on a heavily formulaic story.

Looks great and is good fun but Kung Fu Panda is a few surprises, laughs and engaging characters short of leaving a lasting impression.

The stroke of genius is, of course, the film's hero -- the big, lovable bear that is the Chinese panda.

Happily shorn of all the in-jokes and pop-culture references that wrecked the Shrek franchise, Kung Fu Panda does it the old-fashioned way: with smart, witty dialogue, beautifully designed animation, and bucketloads of visual invention.