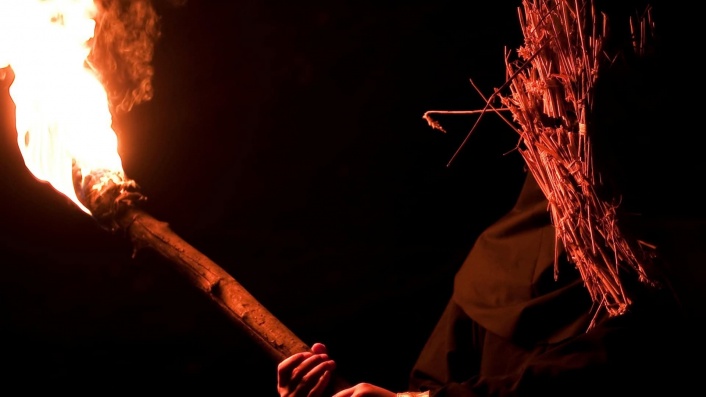 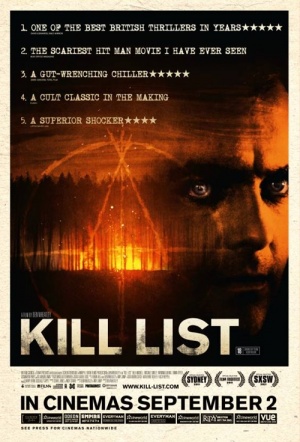 Critically acclaimed British horror and thriller from director Ben Wheatley. Tells the story of an ex-soldier turned contract killer (Neil Maskell) who, eight months after a disastrous job in Kiev left him physically and mentally scarred, is pressured by his partner Gal (Michael Smiley) into taking a new assignment. As they descend into the bizarre, disturbing world of the contract, Jay's world begins to unravel until fear and paranoia send him reeling towards a horrifying point of no return.

Displaying both a nasty edge and a playful sense of humor... Kill List is several cuts above its fellow midbudget horror brethren.

British horror has rarely hit these heights since the mid-'70s.

Allow the film to take hold and its power is inescapable: the effect is like placing your head in a vice and waiting as it inexorably closes.

Enlivens its schematic, episodic story with some teary domestic drama and a wacky Wicker Man ending.

It's baffling and goofy, blood-soaked and not boring. That it's well-made adds to the confusion; it feels like a better film than it turns out to be.

Deeply edgy, gory crime film maintains perfectly calibrated tension before dropping a bombshell that will be too much for some viewers.

With this, Wheatley elevates himself from kill list to A list. Right now, he's among the most promising filmmakers in Britain.