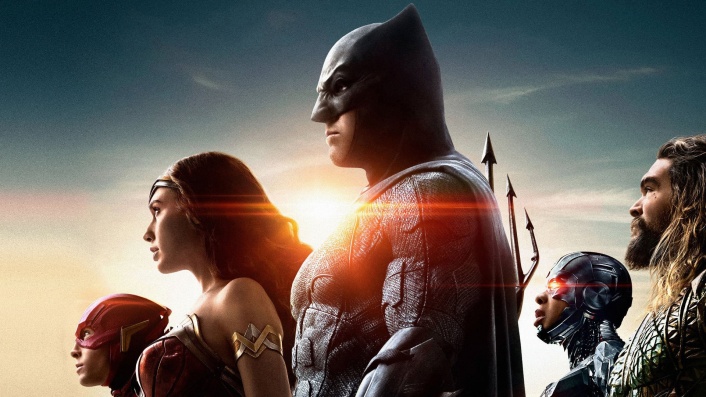 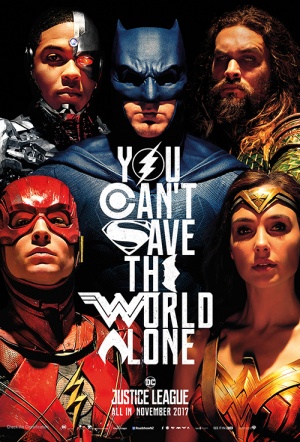 Director Zack Snyder, with the support of Joss Whedon, follows up Man of Steel and Batman V Superman: Dawn of Justice with this superhero ensemble film featuring DC's finest. Henry Cavill returns as Superman, as does Ben Affleck as Batman and Gal Gadot as Wonder Woman. They are joined by Aquaman (Jason Momoa, Game of Thrones) The Flash (Ezra Miller, We Need to Talk About Kevin) and Cyborg (newcomer Ray Fisher). Fueled by Superman's selfless act at the conclusion of Dawn of Justice, Bruce Wayne enlists earth's mightiest to face an even greater enemy.

As a piece of product, “Justice League” is “superior” to “Batman v Superman,” but it’s also about as close to generic as a sharp-witted high-octane comic-book movie can get.

Even Justice League's jaunty, cavorting orchestral score, supplied by Tim Burton's old foil Danny Elfman, harks back to a better time, when "Why so serious?" wasn't the rule. The pendulum swings.

Ben Affleck’s unconvincing Batman deadens the long-awaited DC adventure as superheroes team up to save planet Earth from destruction, but not boredom.

DC's trademark darkness [gives] way to a brand of sentimental uplift that Snyder, Whedon and company apparently see as necessary in our own dark times.

DC is deservedly back in the game.

The sense of déjà vu in this heroes assemble film is almost stifling, it feels like much is an identikit of all-too-familiar elements and tropes.

This hodgepodge throws a bunch of superheroes into a mix that neither congeals nor particularly makes you want to see more of them in future. Plainly put, it's simply not fun.

...sure, Justice League is better than Batman v Superman, but that doesn’t make it good.