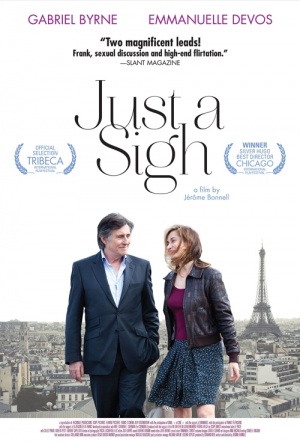 A chance encounter between two middle-aged passengers begins this Parisian romance, told in real time. Alix (Emmanuelle Devos), on her way to audition for a film, meets a mysterious English stranger (Gabriel Byrne). She follows him, loves him, for a few hours, before facing what could be a new life.

A tonally heterogeneous but emotionally coherent dramedy centered around a beautifully modulated turn by Devos.

You may complain that [it's] episodic to cohere and that Alix's eccentricities are plot mechanisms. But to me, this fateful day-in-the-life feels believable.

The connection that these two are allegedly making must be taken on faith. Little is shown or spoken to sell it.

A bracingly romantic drama that's alive with a mature sense of passion and mystery.

Never quite sustains its double-sided tone, but the Franglais performances are top-notch.