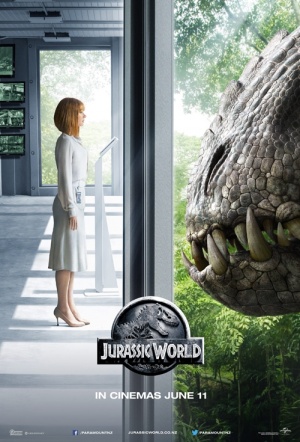 Twenty-two years after the disastrous events of Jurassic Park, the vision of founder John Hammond is now reality - a fully-functional theme park open to the public, and populated by dinosaurs.

While staff member Owen (Chris Pratt, Guardians of the Galaxy) conducts research into the fearsome velociraptor, scientists at the park are cooking up a new, genetically-modified dinosaur in the lab... Bryce Dallas Howard (The Village), Vincent D'Onofrio and Jake Johnson co-star, while Colin Trevorrow directs what is just his second feature film after indie charmer Safety Not Guaranteed

It must be the first $150 million monster movie to question whether bigger is always better.

It’s fun, but it’s ultimately more of the same in brand-new packaging.

Fresh and thrilling, and while it often tips its hat to the original, it’s not a slavish copy...