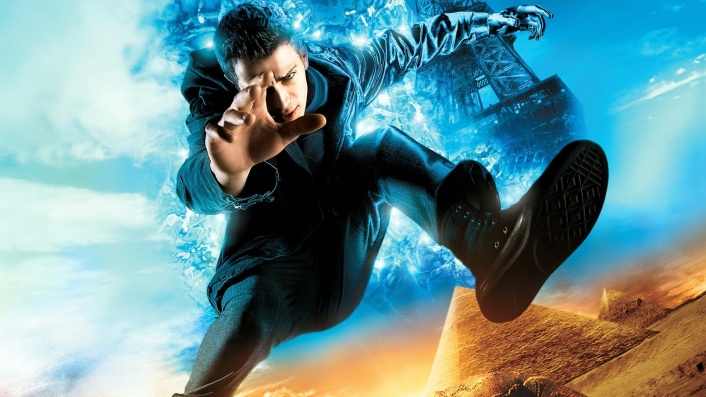 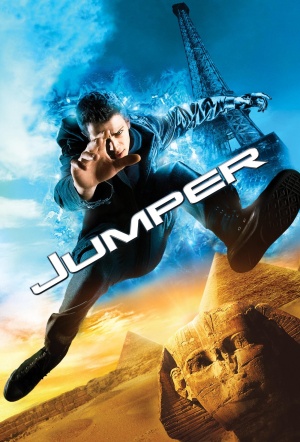 Based on a series of young-adult sci-fi novels, follows Davey (Hayden Christensen) - a young man from a broken home who discovers he can teleport. He quickly sees the benefits; escaping an abusive father, robbing banks, finding his absent mother, and scoring chicks. The cash from the vault leaves him with a life of luxury, skipping from New York to Cairo to London to Paris...

But the kid draws attention from the National Security Agency and from Griffin (Jamie Bell), who also has the same abilities. From Griffin, Davey learns of a centuries old battle between the Jumpers and the Paladins, a secret organization dedicated to wiping them out lead by a morally righteous Samuel L. Jackson.

Director Doug Liman churns out a serviceable sci-fi thriller/videogame template that plays like "The Matrix Lite" and, finally, isn't nearly as cool as its trailer.

These site-shifting extravaganzas sometimes reach an exhilarating level of near-abstraction. So it's too bad that just about everything surrounding the action scenes of the picture is such unmitigated cr--.

It sure gives good whizz, beaming through those exotic locations without a hint of jetlag, though its digitally-minded makers seem to think they drive on the right in Tokyo and that the head of the Sphinx could survive all that repeat foot traffic.

The film suffers from a lack of cohesion and the script leaves much to be desired but the concept is very cool and Liman pulls it together with his usual snap and florish.

The vehicle would seem to be a perfect match for Doug Liman, the man whose propulsive, hyperkinetic style has yielded a string of energetic hits, including "The Bourne Identity" and "Mr. & Mrs. Smith." But for a picture steeped in wormholes and zippy trips via the space-time continuum, "Jumper" proves disappointingly inert.

The major weakness in Jumper is the piling on of action and narrative in the last ten to twelve minutes. It's as though the editor was rushing to meet a deadline and did the best he could with too much footage.

It’s Liman’s least charismatic action movie and the least developed, but it still packs some cracking action into its brief running time and lays foundations on which a great franchise could be built. Behind the Scenes; 'What Is Jumping?' Behind the Scenes; 'Jumper Locations'