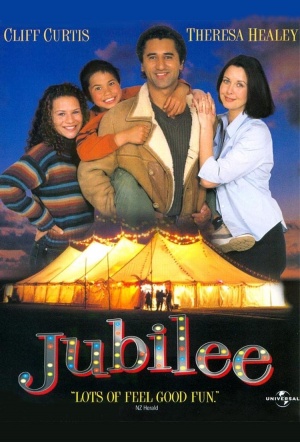 This is the story of Billy Williams (Cliff Curtis), his family and the small town of Waimatua – the sweet potato capital of the world. Billy Williams may be hopeless, but he’s no loser. He’s a likeable guy who’s always volunteering to help out where he can, and he’s a great Dad to Lucille and Walter. But unfortunately he never finishes a job and is the world’s worst procrastinator – much to his wife Pauline’s dismay. Billy’s opportunity to redeem himself comes when Agnes Morrison, the driving force behind the Waimatua School 75th Jubilee, is killed in a tragic bovine semen extraction accident. Billy gets lumbered with the task and he’s determined to prove his worth as the new Jubilee Chairman. He’ll organize the mother of all Jubilees!
2000 New Zealand Film Awards:Best Actor; Best Contribution to a Soundtrack
200092 minsNew Zealand
Comedy