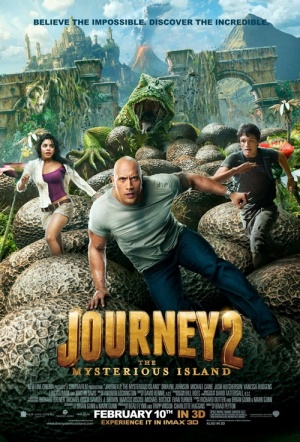 3D sequel to 2008’s Journey to the Center of the Earth, swapping out Brendan Fraser for Dwayne Johnson as the new lead.

A likeable film that speeds along with a happy rush and is filled with grandiose, imaginative ideas.

The barrage of impressive special effects and gratuitous use of 3D mean it's a rollicking ride.

One can't help feeling the creative potential of Verne's vision is wasted.

Massively throwaway, but funnier and more likable than the first entry.

An excuse for outlandish special effects.