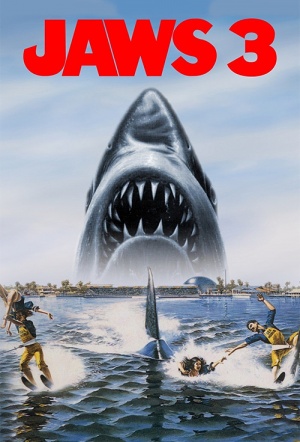 The second sequel to Spielberg's classic thriller has Dennis Quaid star as police chief Brody, son of Roy Scheider's cop from the first films, facing his own finned killing machine to contend with.

After workers capture a great white shark that has found its way into the SeaWorld theme park managed by Calvin Bouchard (Louis Gossett Jr.) a much larger mother shark appears in search of its offspring. Police chief Mike Brody (Quaid), marine biologist Kathryn Morgan (Bess Armstrong)and a pair of friendly dolphins are among those who must work together to overcome the deadly intruder.

It's harmless but unsurprising.

A toothless, tedious farce which deserves to sink without a trace.

The shark gets more time on screen than before only it's not a wise decision, as it remarkably looks cheaper than in the last film.