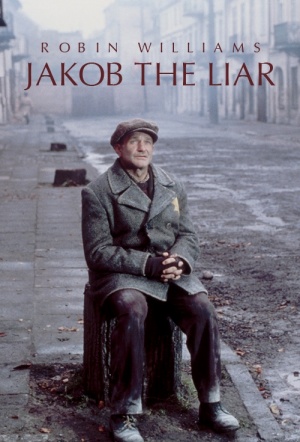 In Nazi-occupied Poland during World War II, humble café owner Jakob Heym (Robin Williams) accidentally overhears a forbidden radio broadcast detailing Allied military success against the Germans. When he shares the secret with friends, the rare good news travels fast - but so does the rumour that Jakob is now a daring resistance hero because, in ultimate defiance of the Germans, he owns and listens to a radio.

With a glimmer of hope returned to the ghetto, Jakob now finds himself under pressure to supply more news - but since he doesn't actually have a radio, the only choice is to lie. Based on the book by Jurek Becker, which had previously been adapted in 1975 with the East German film Jakob der Lügner.