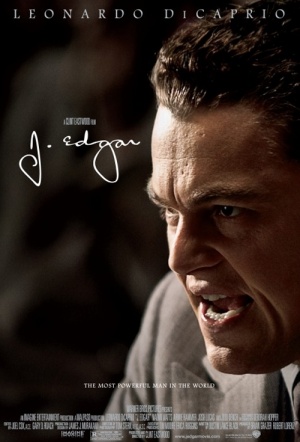 Hoover was instrumental in founding the FBI in 1935, where he stubbornly remained director until his death in 1972. A figure of fear and admiration, over the course of his career he empowered law enforcers and created a legacy of surveillance starting with the cataloguing of American fingerprints. Some of Hoover's more controversial tactics, including the compiling of secret dossiers on the eight Presidents he served, led to future FBI leaders being limited to 10-year tenures. Behind the scenes, he held professional and private secrets that would have destroyed his career.

Any movie in which the longtime FBI honcho features as the central character must supply some insight into what made him tick, or suffer from the reality that the Bureau's exploits were far more interesting than the bureaucrat who ran it - a dilemma J. Edgar never rises above.

Some will find it ponderous and pompous... a handsome, ambitious period drama full of modern-day parallels.

Mr. Eastwood doesn't just shift between Hoover's past and present, his intimate life and popular persona, he also puts them into dialectic play, showing repeatedly how each informed the other.

A somber, enigmatic, darkly fascinating tale, and how could it be otherwise?

Tackles its trickiest challenges with plausibility and good sense, while serving up a simmeringly caustic view of its controversial subject's behavior, public and private.

A well acted but unfocused study of one of the 20th century's most colourful characters.