This film about space travel, starts with Matthew McCounaghey's character who lives on a farm with his family. He and is daughter approach a place that is run by NASA. Now NASA wanted Matthew's character to go space on a exploration mission with another woman played by Anne Hathaway and a couple of other people. When they do get to space the visual shots of space and the planets are stunning. Christopher Nolan is an ambitious filmmaker and you get all that with visuals in this film. The ideas behind space and how far we can go in the universe are explored here very well. The acting is also very good with all the leads including Jessica Chastain. This is a real experience of a film and will have you pondering it for days. This is one of the best films of the year. I highly recommend it 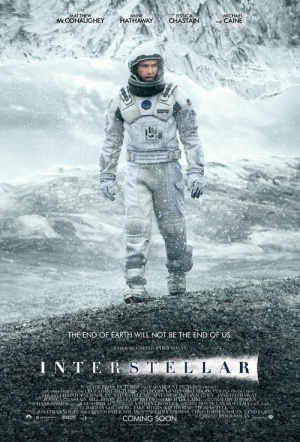