**SPOILER ALERT** I have already seen this film twice.. and I want to see it again..soon

This is a film about a guy named Cobb who specializes in subconscious security. This means he can enter people’s dreams through a device called Inception. Now he needs an architect to create a dream that can get him back home to his kids. He has guilt over his dead wife who he created Inception with. He keeps seeing her in is dreams when he is about to wake up. That gives you a basic outline of the plot. First all the acting is amazing Leo DiCaprio as Cobb gives one of best performances ever. Marion Collitard plays his dead wife and is absolutely gorgeous in doing it, and very convincing. Ellen Page is fantastic, so is Joseph Gordon Levitt in his role as the number 2. I have to also mention Ken Watanabe and Michael Caine in very solid performances. Secondly the visuals are stunning. Next the storyline is extremely inventive and amazing, heartfelt and funny as times as well. This is the best film of the year.
I give it 5 stars without hesitation. This is a film for the ages, already one of my all time favorites. 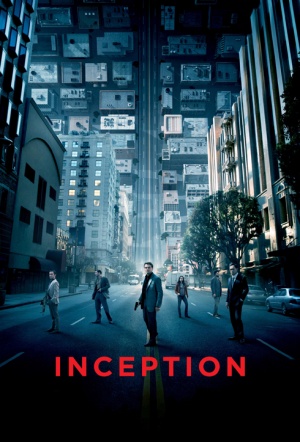