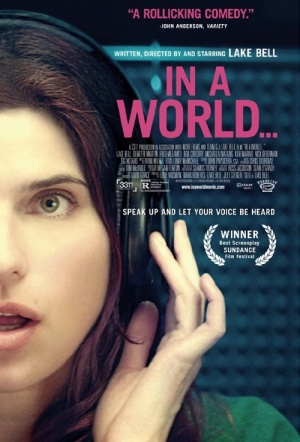 Lake Bell (How to Make It in America) stars in this Sundance-winning indie comedy – also making her writing/directing feature debut – as a vocal coach who has aspirations of becoming a voiceover star like her dad, the king of movie trailer narrators. Co-stars Demetri Martin, Rob Corddry, Nick Offerman and Eva Longoria as herself.