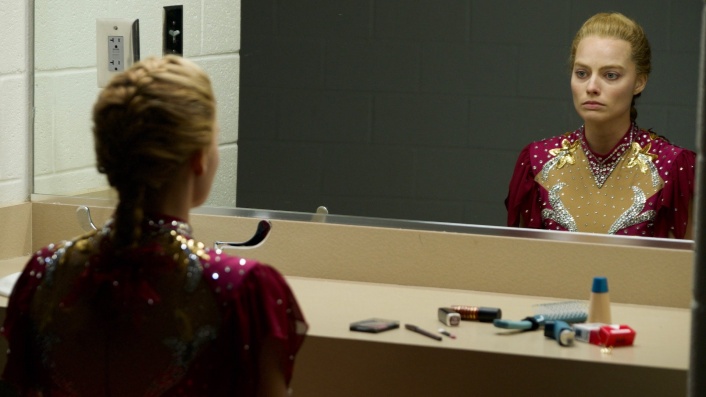 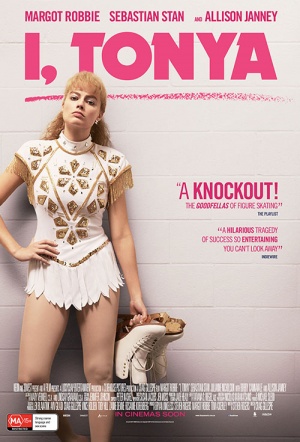 Margot Robbie is disgraced champion U.S. figure skater Tonya Harding in this biopic that chronicles her tough upbringing, rise to Olympic stardom, and fall to tabloid fixture. Co-stars Allison Janney (TV's The West Wing) who won an Oscar for her supporting performance, and Sebastian Stan (Captain America: The Winter Soldier). Both Robbie and Janney have been nominated for Academy Awards for their performances. More

Though Harding was the first American woman to complete a triple axel in competition, her legacy was forever defined by her association with an infamous, ill-conceived, and even more poorly executed attack on fellow Olympic competitor Nancy Kerrigan (Caitlin Carver, Rules Don't Apply).

Even if you know what’s coming in I, Tonya (teased from early on in the film as “the incident”) this energetic biopic on disgraced Olympian figure skater Tonya Harding still packs surprises. There’s perhaps none more so, for me, than the feeling conjured up by the skating sequences - exhilaration. I know, not something I saw coming, but the wonders of modern action cinematography come to the fore here, as a virtual camera roams the ice alongside “Margot Robbie”. Attempts to dissect the technical wizardry vanish thanks to the thrill of skating routines in which you’re really rooting for the film’s foul-mouthed, self-described redneck subject, one of several unreliable fourth wall-breaking characters who deliver lively and hilarious performances here.

Destroyed yet defiant, Robbie walks the emotional tightrope of the most fabulously, tragically American film of the year.

As "I, Tonya" skips here and there and thickens the plot, it becomes increasingly baffling why the filmmakers decided to put a comic spin on this pathetic, dispiriting story.

It's brash and shaggy and while Robbie might not quite stick the landing, Janney's performance is gold.

I, Tonya ... gives Robbie the chance - her first, really - to show her full range as an actress. And she shines.

Tonya's been a punching bag for everyone, including the public. And yes, the film implicates us in that. But her defiance grows with every heckle, including her mother's.

Gillespie may be indebted to filmmakers like Martin Scorsese and David O. Russell, but the character depth and tonal control of their best work seem beyond his reach.

I, Tonya spins a convincing yarn despite, or maybe because of, its surfeit of unreliable narrators.

Like last year's The People v O.J. Simpson: American Crime Story, I, Tonya asks us to reconsider what we thought we knew in the '90s and realise that the headlines and the punchlines obscured a darker and more difficult story.

Robbie makes Tonya so sympathetic that it's easy to gloss over the film's major flaws. I, Tonya is available to stream in Australia now on Netflix and Google Play and Apple TV and Foxtel and Binge and Ritz at Home.