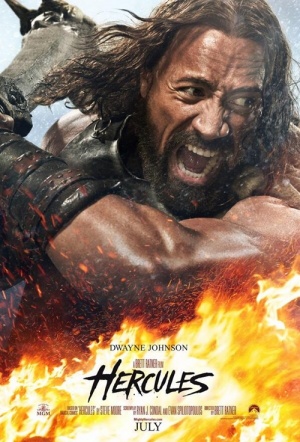 Dwayne Johnson is Hercules in this latest movie incarnation of the Greek legend, directed by Brett Ratner (Rush Hour), billed as "a revisionist take on the classic myth set in a grounded world where the supernatural does not exist." Having enduring his twelve labours penance, demigod Hercules has his life as a sword-for-hire tested when the King of Thrace and his daughter seek aid in defeating a tyrannical warlord.

Yet another interminable, CGI-drenched mythic mish-mash with far more money than brain cells.

A cheerfully ridiculous and entertaining film.

There's just enough plot to keep the movie lurching forward, and there are plenty of battle scenes to delight connoisseurs of carnage.

As a humorous blockbuster action Hercules is worth its weight in gold.

Ratner and Johnson are out to entertain you - no more, no less. And that is just what they do.