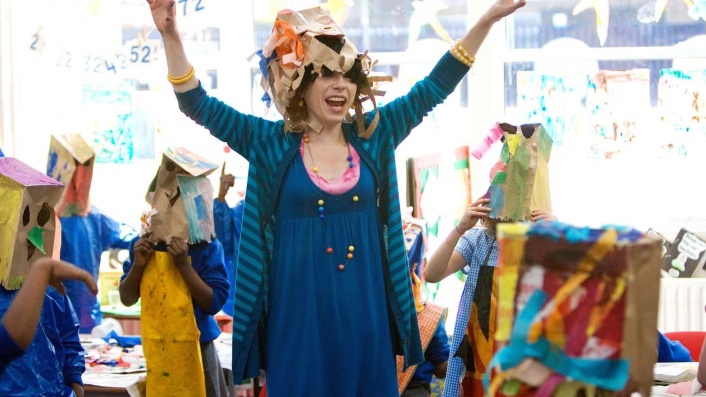 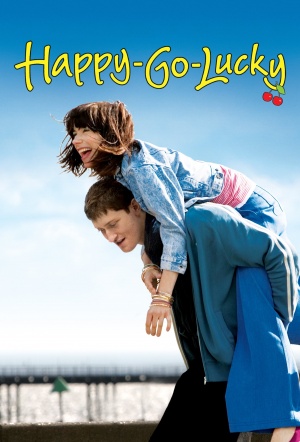 Well known for his sober, bleak works (think Vera Drake and Naked), master and veteran English director Mike Leigh cranks up the positive with Happy-Go-Lucky; a tale spun from the creative, caring and cheerful life of Poppy (Sally Hawkins, last seen briefly in The Painted Veil).

A thirty-something primary school teacher, single and living with her best friends in London, Poppy is a glass three quarters full kind of gal – loves the children she teaches, likes a dance, cares for her younger sister, takes flamenco and trampoline lessons. You know the type. The film – an observational comedy – follows Poppy as her optimism is tested by life, by an awkward romance with a work mate, and most hilariously by a friendship with her driving tutor Scott (Eddie Marsden). Scott is Poppy’s opposite – an angry, fiery fusspot who treats her lessons very seriously.

Effervescent comedy offers a lighthearted slice of life seen through eyes of a free-spirited London schoolteacher, replete with lessons of various sorts and humorous comparisons of teaching methods. Less pointed and edgy than anything in Leigh’s oeuvre except “Career Girls,” it still gets by on its own diverting charms.

A couple of hours in Poppy's company will deal to the most stubborn case of the winter blues. "You can't please everybody," Zoe tells her, but she's not listening. "There's no harm in trying," she replies.

Mike Leigh's vision is completely realised through Sally Hawkins performance, she's on screen for pretty much the entire film, and her support cast of friends and family, and her sad, fear-riddled and increasingly loathsome driving instructor, complete the picture.

As breezy as the title suggests, the film is about as far as can be imagined from such bleak Leigh classics as "Vera Drake" and "Naked." Spun from the cheerful life of its central character -- a smart, confident, goofball primary school teacher named Poppy (Hawkins) -- the film shares her optimism without being at all syrupy or sentimental. Hawkins, who starred to great effect in a recent British television remake of Jane Austen's "Persuasion," is a marvel with her urchin looks and irresistible smile. She makes Poppy unforgettable.

Mike Leigh draws a bravura performance out of Sally Hawkins, and she in return makes Poppy one of Leigh’s best characters yet - up there with the likes of Vera Drake or Beverly from Abigail’s Party.

There's some great natural-feeling, seamless acting here, which may be down to the intensive rehearsal period Leigh favours. After numerous over-processed sugar-coated Hollywood romantic-comedies, Happy-Go-Lucky has a very real taste that's refreshing.

Anyone who saw the magnificent, but magnificently depressing Vera Drake might be bracing themselves for another Mike Leigh downer – but Happy-Go-Lucky is anything but. The director's new film is a charming character study starring Sally Hawkins as a quirky, chirpy primary school teacher, Poppy, who delights in teasing her new driving instructor and living life to the full. An improvisational comedy drama, it's very funny and establishes Hawkins as a major talent to watch.