Its a great movie

What can I say about Joe Wright's Hanna. Well what an amazing film, exuberating, well crafted and pulsing with energy. It's a gripping chase movie all the way through - the Music by the Chemical Brothers is brilliant- with Hanna's theme, The Devil is in the Details, Container Park and Escape Wavefold, just to name a few. The atmosphere is brilliant something like eXistenZ, with unusual sometimes freaky scenery: from the snows of the artic circle to Morocco, Container Parks and of course the abandoned Children's Theme Park in Germany. The German accents are well done by those who aren't even German by birth. The whistling song is so addictive, I've been whistling it for days. The acting by Saoirse Ronan , Eric Bana and Cate Blanchett are all very good. I want to see this film again and get the Chemical Brothers Soundtrack. 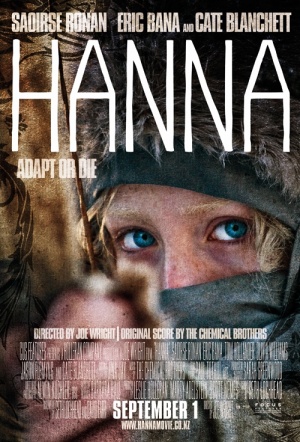