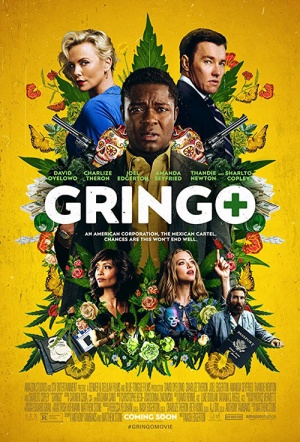 Mild-mannered U.S. businessman Harold Soyinka (Oyewolo) finds himself at the mercy of backstabbing colleagues, local drug lords and a black ops mercenary after travelling to Mexico. Crossing the line from law-abiding citizen to wanted criminal, Harold fights to survive an increasingly dangerous situation that raises the question - is he out of his depth or two steps ahead?

There's an old-school, B-movie snap to much of the proceedings, which Nash Edgerton modernises without imposing too flashy a style upon the material.

A fun romp with a great comic performance from Oyelowo. Doesn't linger, but you'll enjoy it while it lasts.

David Oyelowo does sterling work... in a film that might easily have been labelled sub-Tarantino trash were it not for the winning efforts of the Selma star.

It is possible to sit through it all without feeling completely miserable, and to remember a time when these comic-grotesque shenanigans might have seemed fresh.

The film periodically livens up, and Oyelowo shows that he can play comedy, but his performance isn't given much guidance or room to grow and the direction is very flat and uninspired.

David Oyelowo has fun playing against type as a hapless patsy trapped in an elaborate drug scheme in "Gringo," a snide crime comedy with a few mildly clever genre riffs surrounded by a lot of strained irreverence and posturing.

A passable in-flight movie that limps home across the border with nothing much to declare.

The spirited performances are dampened by Edgerton's direction and the cutting of three credited editors. The picture feels much longer than its 110 minutes ...

A pitch-black, often very funny slice of pulp fiction with a number of stand-out performances, notably the ferocious Theron. Featurette ('Who is Harold?')